Ever walk down the street, sweating more than Jameis Winston seeing a missed call from the NFL, the sun roasting you more than Mark Davis’ barber?

You ever think, “Man, I wish there was a place I could throw this $5 bill to bet on the hottest places around and win money,” because that’s what normal people do.

Well, you’re in luck… Wait, no? That’s not what normal people do? How can you have sports betting and NOT bet on the weather? That’s like having a sandwich with peanut butter but no bag-full-of-dog-turds-that-has-been-in-my-car-all-day.

Our own Dustin Gouker was celebrating the joy that was July 14. It was landmark. A FanDuel-branded sportsbook just a few months after a federal ban on sports betting was struck down, just a few years after the legality of daily fantasy sports was questioned. Indeed, it was a great time to be alive.

Unfortunately, along came Weather Battle, who is most certainly that guy at a party who is the only one laughing at his own jokes, always interrupting conversations with “well, actually” and you’re like, “Jeez, get the hell out of here, Connor, you weren’t even invited and put some damn pants on, what is this, Late Night with Louis CK?”

Naturally, being the hard-hitting, investigative journalist he his, Gouker took the oft-trodden bath of rabbit-hole internet diving. And in 20 minutes, he found the thing that makes us laugh, cry and cringe. Weather Battle – hold your hand 3 inches in front of your forehead – is a platform for users to lay down money on the forecast. Now, unleash that hand.

No joke. Someone took the time to create a site on which users attempt to predict the weather in places for money. Weather Battle, like Mike Francesa and daily fantasy sports, just created something never before seen: the science of forecasting the weather.

Essentially, you choose a weather phenomenon: heat, cold, wind and rain. Then, pick 10 cities of the 40 provided and pray to the weather gods that those 10 cities are hit the hardest by heat, cold, wind or rain. Put another way: Your couple bucks is contributing toward the misery of others.

Glad you asked. Yes, in a way.

A weather derivative is used by companies or individuals to hedge against the risk of weather-related losses. The vendor of this financial instrument essentially agrees to bear the risk of weather disasters in return for a payday. Should no damages occur before such a contract expires, the seller makes a profit. On the flip side, in the event of adverse weather, the buyer cashes in.

A weather derivative is a financial instrument used by companies or individuals to hedge against the risk of weather-related losses. The seller of a weather derivative agrees to bear the risk of disasters in return for a premium. If no damages occur before the expiration of the contract, the seller will make a profit. In the event of unexpected or adverse weather, the buyer of the derivative claims the agreed amount.

In the case of Weather Battle, if it was so determined to ruin our lives by existing, there should be more to it. How about an over/under on the temperature for San Diego? What about a point spread of temps between Phoenix, Arizona, and Phoenix, Oregon. No parlays on predicting rain in Seattle, a cold snap in St. Paul or a windstorm in St. Augustine?

I supposed that’s all in the 101 course. Weather Battle is still slogging through its fifth year of remedial classes.

Forget the fact that we could argue the legality of this to begin with (Weather Battle claims to be a “game of skill” to skirt existing state laws). All that matters is one thing:

This is a disaster of an idea that not even FEMA can help with. 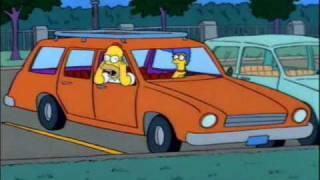