Saturday night’s UFC 266 card is an interesting one, featuring a couple of title fights as the headliners. A handful of bouts imply live underdogs too in UFC 266 odds.

Alexander Volkanovski defends the featherweight title against Brian Ortega. The market makes him a short favorite.

A more lopsided matchup features Valentina Shevchenko () defending the women’s flyweight strap against Lauren Murphy. At least she will happily accept the role of underdog, as she told TheLines in a special feature piece.

What makes it so interesting, however, may be that the most anticipated fight for many fans is neither of the above. They’ll eagerly await a rematch 17 years in the making: Nick Diaz vs. Robbie Lawler. The two met all the way back in 2004 at UFC 47, where Diaz won by knockout. The market favors Lawler at this time around.

Let’s dive into the UFC 266 odds and preview a couple of the marquee fights.

The UFC 266 Main Event matches a couple of in-their-prime fighters.

Volkanovski, 32, and Ortega, 30, have not met in the cage before, but they do have a recent common opponent in Max Holloway. Perhaps tellingly, Volkanovski managed to outpoint him twice on the feet, albeit in controversial fashion the second time. Holloway exposed Ortega’s lack of head movement in their fight, repeatedly landing damaging combos en route to a doctor stoppage.

As for their styles and the stats, a couple of things seem to point to the favored Volkanovski having an edge.

Ortega has gotten a ton of mileage out of his submission skills, which are admittedly outstanding. He’s secured three of seven UFC wins via tap, but he doesn’t have a clear way to utilize these skills against Volkanovski. Ortega owns rather poor takedown skills — 21% completion rate according to the UFC’s official stats — and Volkanovski showed solid takedown defense in his career (72% defense rate).

On their feet, Volkanovski keeps up the higher pace and has had the better success against top-level opposition. In addition to the Holloway fights referenced above, Cub Swanson clearly outpointed Ortega before submitting to a jumping guillotine.

FanDuel Sportsbook has Ortega by submission at +650, if you think his rabbit-out-of-a-hat sub skills are repeatable.

He should at least have plenty of time to look for his opening. Expect a long fight here as Volkanovski has not been a big finisher against top-level competition. The fight length props via DraftKings Sportsbook:

Again, these two met in the Octagon back when Chuck Liddell and Tito Ortiz headlined cards. In fact, the UFC has posted their first fight for free, so you can watch it right here.

This one is near-impossible to preview simply because Diaz has not entered the ring since 2015. In that loss to Anderson Silva (eventually changed to no decision thanks to positive drug tests on both ends), Diaz looked OK trading with Silva but neither fighter committed to aggressive volume in a somewhat boring affair.

The fact remains that Diaz has not won a fight in the UFC since 2011. That obviously counts as a huge point against him. Plus, he didn’t look exactly svelte in prefight videos. The Diazes famously garner a big edge from their cardio. Has Diaz, now 38, worked his cardio to his usual standards?

One point in his favor: Lawler’s style plays into his own. Diaz prefers to stand and trade with volume. The 39-year-old Lawler figures to oblige.

On the other hand, we have seen a little of Lawler. And what we’ve seen lately hasn’t been great. Both Neil Magny and Colby Covington outpointed him on the feet, but how much came due to the threat of grappling? Both men also took advantage of Lawler on the floor, which Diaz seems unlikely to do.

One item of note: both fights are +250 to win by decision at DraftKings Sportsbook. They’re scheduled to go five rounds, which usually favors a finish. However, Lawler hasn’t finished anyone with strikes since 2015, and nine of his last 13 fights have gone the distance. 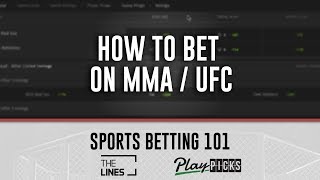 UFC 265 Sportsbook Promos: Get Added Value With These Offers