The women’s tennis singles field for the 2020 Tokyo Olympics has been finalized, and betting markets have arrived at DraftKings Sportsbook. Unlike the men’s side, the Olympic women’s tennis field features a highly competitive and balanced group.

Below we’ll take a look at women’s Olympic tennis odds, format and schedule.

As hinted by the betting market, a wide open field led to a somewhat eclectic final four competing for Olympic gold in women’s tennis.

Favored players Naomi Osaka (round of 16) and Ashleigh Barty (first round) fell without making much noise. In fact, the entire top 10 on the pre-tournament odds board has hit the showers for the final time in Tokyo.

Instead, Belinda Bencic and Elena Rybakina faced off in one semifinal while Elina Svitolina and Marketa Vondrousova played in the other. It certainly was not a completely anonymous group as all but Vondrousova rank in the top 20 and received seeds in the draw, but all could be bought at fairly long odds initially.

Of that group, Vondrousova and Bencic surprisingly advanced to the final, making the underdogs 2-for-2 in the semis. Interestingly, the lower-ranked Vondrousova is favored in early markets. Perhaps that owes to a quite dominant run as she’s dropped just a single set, that way back in the first round. Bencic, on the other hand, has played several close matches.

Schedule, Format And How To Watch

The format for 2020 Olympic women’s tennis singles mirrors the men’s event. That is, 64 players will enter a single-elimination bracket, with the last player standing claiming gold.

Scheduled matches begin sometime on July 24, but they may play early enough to appear live on TV in the U.S. on July 23. Actual play schedule won’t be determined until closer to match time. However, here are the time slots where matches could potentially happen, converted to EDT:

Whenever matches become individually scheduled, use this free converter to find out when they air locally on the NBC family of networks. 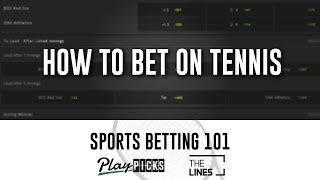