The Tiger Woods vs. Phil Mickelson heads-up match is less than a month away. All of the major details are now in place: Nov. 23, the day after Thanksgiving, at Shadow Creek golf course in Las Vegas.

HBO released the trailer for the series 24/7 THE MATCH: TIGER VS. PHIL on Monday. As if we needed more reason to get hyped for this. 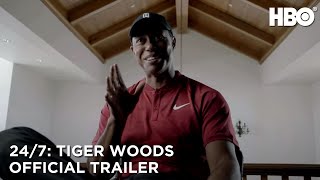 With the end-of-season up-tick in Woods’ game, the match now carries even more weight and intrigue. We wrote about how perfect this was for gambling before, and not just because these two once had bad blood (their relationship was “cool at best, unfriendly at worst”) and Mickelson has a propensity to gamble large sums of money.

Because this is a made-for-TV event with two hyper-competitive personalities, and wagering is part of the golfing culture in general, the prop bet possibilities should elevate this match to legendary status.

Unfortunately, reality hasn’t met expectation yet, particularly on the prop betting side.

The most interesting props listed to date have to do with obvious (and lame) wagers like “What color shirt” will one of them wear.

Vegas, we’re better than that.

To date, the craziest made-for-(Internet)-TV golf betting event I witnessed was Erick Lindgren’s June 2007 golf prop. It was around 115 degrees that day, and there were some legitimate, “Will he even live through this?” props being bandied about.

Lindgren was a man only against his own willpower. Mickelson and Woods are among the greatest golfers to ever swing a club. Props can go in so many different directions. Here’s just a few:

Step it up, Vegas. Everything about this match should be fun and semi-ridiculous. Time for the props to catch up.