The Phoenix Suns (34-14) will attempt to continue a five-game win streak when they visit the Houston Rockets (13-36) on Monday, April 5 at Toyota Center as big,  favorites. The game airs at 8:00 PM ET on SportsNet SW. The point total for the matchup is . 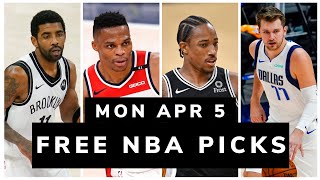