Injuries cut short the star running back’s last two seasons, with the multiple knee ligament tears he suffered in Week 2 against the Bears in 2020 essentially wiping out his third campaign. He now sits at to win Comeback Player of the Year.

With Barkley missing OTAs and minicamp and recently stating he can’t guarantee his Week 1 availability, it’s understandable the over/under on his rushing yards for 2021 sits at a somewhat tempered 1175.5 at DraftKings Sportsbook.

Considering the quality of the Giants’ offensive line is also a concern, the range of outcomes for Barkley’s 2021 season is relatively wide.

Here is a case to support over 1175.5 rushing yards and a case to back the under. You decide which is more credible.

Barkley’s combination of size and speed were more than tantalizing enough for the Giants to invest the second overall pick in him and most Saquon Barkley fantasy football backers to invest a first-round pick in him.

New York utilized the physical phenom in a manner commensurate to that investment during his rookie 2018 season. Barkley had no true durability concerns in his three college seasons and also started his pro career in fine fashion with respect to health, playing all 16 games and logging 352 total touches (261 rush attempts, 91 receptions). Former head coach Pat Shurmur kept Barkley at less than 17 rushes per game for the second straight season in 2019, although an early foot injury may have had something to do with the abbreviated workload.

There were brief but encouraging signs new head coach Joe Judge planned to boost Barkley’s rushing volume in 2020 before the star back went down – even with negative game script and a brick wall in front of him in Week 1 against the Steelers, Judge still fed Barkley 15 carries. The 24-year-old then had a 4-28 line on the ground against the Bears in Week 2 before suffering his season-ending injury in the second quarter.

So there’s hope Barkley will log a large workload again in 2021, once he’s deemed healthy enough to handle it. The addition of a 17th game certainly will help. If he stays healthy, he could eclipse the total with only an average 69.2 rushing yards per contest. Barkley averaged 81.7 rushing yards per game and 77.2 in 2018 and 2019, respectively.

Projections among respected experts are split on Saquon Barkley fantasy production in 2021. ESPN’s Mike Clay is one person who is bullish. He projects Barkley to play 15 games this year with 1230 rushing yards on 275 carries (4.47 yards per carry).

The Giants’ air attack should also pull its weight to help keep defenses honest and front sevens less compact near the line of scrimmage. New York added Kenny Golladay via free agency to serve as the new tip of the spear for a starting receiver group that also includes Sterling Shepard and Darius Slayton. The Giants also spent a first-round pick on speedster Kadarius Toney at receiver. The ultra-athletic and seam-stretching Evan Engram returns at tight end, while savvy vet Kyle Rudolph was added this offseason as well.

Further reason for optimism comes from the schedule. According to Warren Sharp, no team is projected to face an easier slate of opposing rush defenses than the Giants.

Given the attainable number and projected quality of opposition, the Over on 1,175.5 rushing yards for a healthy Barkley seems within reach.

The Giants’ offensive line ranked in the bottom 10 last season in RB yards (4.05) and adjusted line yards (4.20) per carry while also slotting in the bottom five in sacks allowed (50). Even the latter figure is relevant and worrisome with respect to Barkley, considering it speaks to the general propensity of Big Blue’s blockers to consistently allow intruders into its backfield.

The bad news with respect to the overall prospects of the Giants’ rushing attack in 2021 is the team mostly ignored that area this offseason. The one primary ray of hope comes in the form of veteran Nate Solder, who’ll return after opting out of the 2020 season. Nevertheless, a 33-year-old returning from a year away from football is far from a lock to come back in top form, irrespective of pedigree.

Then, there’s the all-important matter of Barkley’s overall physical condition. As already alluded to, the former Pro Bowler is still clearly working his knee back into shape after tearing both his MCL and ACL last season. While his rehab has reportedly been setback-free, the fact a competitor like Barkley isn’t willing to say he’ll be ready Week 1 underscores he may have to work through a bit of a confidence issue even when he does get on the field.

4for4’s John Paulsen is one well-respected fantasy football expert who shares these concerns. He still has Saquon Barkley fantasy production in 2021 high enough to be a top-10 running back with the help of pass-game production, but his rushing projection would send bettors running for the under. Just 948 rushing yards on 282 carries (3.36 yards per carry).

While Barkley undoubtedly has the raw talent to blow past 1,175 rushing yards in a 17-game season, the perspective changes if he misses some time early in the season to finish his recovery, or worse yet, suffers any setbacks. Moreover, even the most talented running back can only create so many yards on his own behind an extremely porous offensive line, which Barkley could well be dealing with again in 2021.

The question would have been fairly absurd following that aforementioned stellar rookie showing, but that season now seems particularly distant for Barkley. The former Nittany Lion enters 2021 with plenty to prove on the health front, naturally. Inexorably tied into that is his on-field play, with the prevailing question whether his trademark, otherworldly explosiveness endures following last September’s significant injury.

Barkley did manage 1,003 rushing yards over 13 games in 2019, more accurately labeled as 12+ games considering he exited a Week 3 game against the Bucs with a foot injury after only eight carries. Yet, giving Barkley the benefit of dividing his yardage total over just 12 games, he still averaged a modest 83.6 rushing yards per contest, which actually was a step up from the 81.7 per contest he’d put up as a rookie.

Assuming Barkley can play the majority of what is now 17 regular-season games in 2021, the current total certainly seems attainable, but there are enough lingering questions to make things interesting. 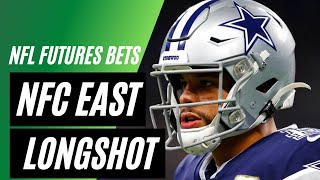