With two Super Bowl appearances in his first three years as a starter, Kansas City Chiefs QB Patrick Mahomes has arguably become the new face of the NFL and its biggest star. He has generated both incredible highlights and incredibly consistent statistical production. Thus, it’s no surprise the over/under on Patrick Mahomes’ passing yards for 2021 sits at a lofty 5050.5 at DraftKings Sportsbook.

In the world of season-long player props, Mahomes’ number figures to generate some of the highest betting interest. Palindromes aside, what can we make of this total?

Mahomes Passing Yards: The Highest Total On The Board

The first thing to note is that 5,050.5 far outpaces the rest of the QB season-long yardage props at DraftKings. The other 19 starting QBs posted on DraftKings have:

That puts Patrick Mahomes’ passing yards total almost three standard deviations above the mean for his peers. He’s 350 yards clear of Matthew Stafford, who has the second-highest total on the board on the last day of June. He is also a favorite to lead the NFL in passing yards.

Quite a high expectation, but Mahomes has certainly earned such respect. Over the course of his amazing career, he has averaged 307.7 yards per game. Over a 17-game season, that comes out to 5,231 yards. That would see him clear even this massive total with room to spare.

He is the only quarterback on the board with an over/under above 5000 yards, a number previously only reached by 12 QBs in NFL history during the 16-game era, including by Mahomes in 2018.

The Case For Mahomes Going Over

The Chiefs responded to their Super Bowl loss to Tampa Bay by pouring resources into an offensive line that collapsed under the weight of combined injuries. They traded for standout left tackle Orlando Brown and signed All-Pro guard Joe Thuney. They brought in three-year Rams starter Austin Blythe at center and used their second draft pick on another in Creed Humphrey. Super Bowl starter Laurent Duvernay-Tardif returns at guard along with former All-Pro Kyle Long, signed out of retirement.

Right tackle looks like the only real question mark, but Mike Remmers has been a capable fill-in there in the past. Furthermore, developmental 2020 third-rounder Lucas Niang could emerge.

The unit looks both deep and talented and projects to be among the top handful of groups in the league. PFF ranked it seventh heading into 2021.

All of the other major pieces of the offense return: WR Tyreek Hill and TE Travis Kelce plus top offensive minds Head Coach Andy Reid and Offensive Coordinator Eric Bieniemy.

Essentially, there’s no reason to expect any regression from this outstanding supporting cast. If anything, it appears to be improved.

Further reason for optimism comes from the schedule. According to Warren Sharp, the Chiefs’ schedule contains the eighth-easiest slate of opposing pass defenses.

All signs points to Mahomes finding himself in prime position to rack up another heaping yardage total. Remember, simply meeting his career averages and staying healthy would bring the over home.

The Case For Mahomes Going Under

Despite all of the good news for Chiefs fans, reasons for pessimism exist as well.

First and foremost, Kansas City severely lacks depth in its playmaking crew. Yes, Kelce and Hill have produced at an incredible level, but one injury to those guys would leave the Chiefs relying heavily on warm bodies. Mecole Hardman has made some big plays in his career but never demonstrated any consistency or ability to run a full route tree. Demarcus Robinson has never eclipsed 500 yards in four seasons. After that it’s…Byron Pringle and fifth-round rookie Cornell Powell.

This group looks paper-thin. Mahomes’ production could take a tumble if either of his top two targets go down. That’s a precarious position in a league where injuries to skill position players are more expectation than unfortunate stroke of bad luck.

Speaking of health, Mahomes hasn’t exactly been a beacon over the past couple of years. In 2019, he suffered a knee injury that caused him to miss two games. In 2020, he took the field for all of the Chiefs’ games except the final, meaningless one. However, he took a big hit in the playoffs that knocked him out of the Divisional Round win over Cleveland. He also operated at less than 100% down the stretch while being hampered by a foot injury that required offseason surgery.

Mahomes’ fearless, high-risk style has been his own worst enemy at times. With such a massive total, he likely can’t afford any missed games to clear the number.

Another cause for concern comes from the Chiefs potentially not needing Mahomes in the final week. Last season, at 14-1, they rested Mahomes in Week 17. As the consensus favorite to win the Super Bowl, they may well find themselves doing the same thing in Week 18 of 2021.

The bottom line is that even with an added game, 5050.5 just sets an incredibly high bar. Many things must go right for Patrick Mahomes’ passing yards to make it over. In football as in life, rarely do things go according to plan. 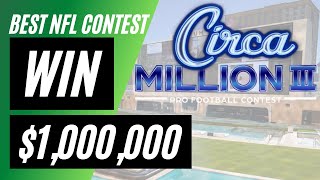