[toc]Blizzard has formally confirmed plans for a new Overwatch League after floating the concept at the end of last month.

The Overwatch League is being structured for the long term, Blizzard describes it as “a world-class sports ecosystem for professional Overwatch competition.”

“The Overwatch League represents not only the pinnacle of Overwatch competition, but also a genuine career opportunity for the most skilled Overwatch players.

We’re building a league that’s accessible to players and fans, sustainable, and exciting for everyone involved.”

The key features represented in the Overwatch League show that Blizzard is creating more than an additional esports league, it is building a template for the future development of the esports industry.

The internet’s most important characteristic is that it is a truly global system. At the moment, esports teams compete both on the internet and in tournaments held around the world—they are not geographically tied to a specific location.

Blizzard’s plan for the Overwatch League will see investors bid to own teams which will represent individual cities throughout the world.

In this they are replicating the traditional sports model where local sports teams such as the Chicago Bulls, Manchester United or the Washington Redskins take their identity from their home town.

In effect, Blizzard will be in control of granting a team franchise for each city:

“Once these city-based teams have been admitted to the league, their spots will be secured, giving them the best opportunity to grow and thrive for years to come.”

Players get minimum salaries and a career path

At the beginning of each season, Blizzard will host a draft called a combine where players will be invited to try out for teams. A series of standardized evaluations will rank players allowing teams to choose the best to fill their rosters.

“Anyone picked up by a team during the signing period will be guaranteed a contract that includes a baseline minimum salary and benefits package.”

While there is nothing specific in the Blizzard press release, it looks like Blizzard will be managing issues such as game fairness, discipline and pretty much all other supporting areas itself.

What Blizzard is creating is an esports ecosystem that can be just as readily used for other games. It is an ecosystem outside the authority of any governing body other than Blizzard itself.

Getting above the excitement of a new esports league, the template that Blizzard has outlined allows industry analysts to see two possible models for the future of esports.

The big question investors will want to answer is will one model win out, or can both models co-exist?

ESBR has previously pointed out that one difference between esports and traditional sports is that esports are owned by their developers.

The developer has intellectual property rights and the power to control who, what, where, when, and how any esports adaptation of its game is implemented.

The Overwatch League is a model controlled and executed by the game developer. In establishing its own league for its own game, Blizzard is retaining complete control.

The Dota 2 International provides a semi-precedent. Although not technically a league, it is the richest tournament in esports, and it is owned and run by Dota 2 developer, the Valve Corporation.

MTG is a broadcaster in the entertainment business, not a game developer per se. In putting on the wide range of tournament festivals in which ESL has become an expert, the company works with game developers, but has no ultimate control over its business.

ESL’s success depends on renewing contracts as the result of providing a service better than the companies can themselves. In effect, the game developers are outsourcing to ESL because it has developed the competence to run successful tournaments and leagues.

Are both models sustainable or will one be left behind?

If all game developers followed Blizzard’s lead, ESL and other league organizers would face an existential threat to their businesses.

In practice, the two business models are more likely to co-exist satisfying different areas of the market.

For example, ESL has built up formidable experience in running leagues and live events that are well-tailored to the needs of the game developers, whether for League of Legends, CS:GO or other games.

The corporate competence is not easy for game producers to develop or to match. Blizzard may be big enough to run an Overwatch league as a business vertical in-house, but many other game developers will be happy to outsource this expertise to third parties.

The bigger companies such as Blizzard will continually face such competition while they try to maintain the popularity of their own offerings.

Zynga was once dominant, but over the last few years its business has had to face massive competition, the effect exacerbated by the company’s slow adoption of mobile gaming technology.

The gaming industry may consolidate further over time, but technological innovation will always leave space for entrepreneurial challengers. They will value the services that companies like ESL can provide in helping to bring their games to a wider audience.

Even the big gaming companies may decide not to follow Blizzard, preferring to keep their business focused where they have the expertise to protect their competitive advantage. 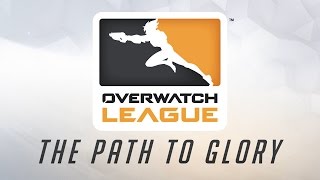