As the 2021 NFL season kicks off, bettors have been evaluating the current week’s games and betting lines with much anticipation. In looking ahead each week, TheLines is here to provide you additional sports betting resources and information you can bet on. That includes NFL Week 2 look-ahead lines for the following week’s NFL games and some of the storylines and betting situations to assist you in your pursuit of profit.

HOW TO USE LOOK-AHEAD LINES

TheLines turns to FanDuel Sportsbook for opening look-ahead lines for next week’s NFL games. These advance lines are posted every Thursday, a full week before the ensuing week’s games on the schedule. These look-ahead lines allow you a sneak peek at the projected lines for the following week’s games. This advance information from a leading online sportsbook provides lessons in understanding lines and projections before the current week’s games are played.

Bettors can also gain an edge or find value in the lines and odds once the current week’s lines are released. They do this based on not only a potential overreaction to the recent week’s results, but by using information they have on teams. That includes key injuries, travel and scheduling situations, and use of NFL power rankings. Making adjustments is part of the process, along with formulating an opinions on teams and evaluating strengths, weaknesses, stats, ATS angles and weekly personnel match-ups. 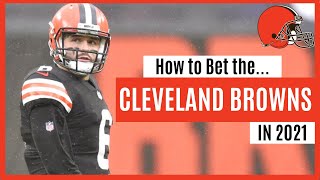