With training camps and the preseason well underway, NFL Rookie of the Year bets are coming in among offensive players. How did the first looks at players like Justin Fields and Trey Lance move the markets? Below, we’ll take a look at that market movement and who the biggest liabilities are at BetMGM.

First, we should explain some of the terminology. Ticket percentage refers to what percentage of the total number of bets placed went to a specific player. For example, Trevor Lawrence received 10.6% of the tickets, meaning 10.6% of all Offensive Rookie of the Year bets were placed on Lawrence.

Now, let’s dive into the market.

You can compare odds across sportsbooks in your state at our NFL Rookie of the Year page.

According to BetMGM, Trey Lance tops the charts in both handle (20.3%) and ticket percentage (14.9%). The numbers are fairly unsurprising based on the buzz surrounding Lance this offseason. Lance opening at +1600 at BetMGM attracted a lot of action too. He began the preseason with an 80-yard touchdown pass, further building the narrative around him. The risk here is, of course, that he is still the presumed backup to Jimmy Garoppolo.

Following Lance in ticket share is Najee Harris, who is expected to have a leading role in the Steelers’ offense. Though Harris sits second in ticket share, the amount bet on him lags behind the next two players at 10.1%. This indicates that he is seeing a lot of smaller-ticket bets this offseason. The best odds across all legal sportsbooks for an NFL Rookie of the Year bet on Harris sit at .

Other Notable NFL Rookie Of The Year Bets

The two players leading Harris in handle but falling behind in ticket percentage are Kyle Pitts and Trevor Lawrence. Both players are expected to be central to their team’s offensive scheme with Lawrence expected to be the Week 1 starter with the Jaguars. The best price available across all sportsbooks on Lawrence is .

Pitts posted record-breaking numbers at Florida and became the highest-drafted tight end in decades when the Falcons picked him fourth. However, no tight end has ever won NFL Offensive Rookie of the Year. If you want to bet on history, the best available price is .

Other players of note include Justin Fields, who holds just 4.1% of the ticket share (ninth) and 3.7% of the handle (10th). Bears coach Matt Nagy has repeatedly denied that Fields will start Week 1, hindering his bet share. Those wanting to back Fields may get better odds in-season, if he were to sit the first couple of weeks. Patriots quarterback Mac Jones has a disproportionate handle share (3.9%) in relation to his ticket share (1.8%) as does Jets receiver Elijah Moore (2.1% of the handle on just 1.0% of the tickets). Jones has odds of , with Moore currently at .

Biggest Odds Moves Among NFL Rookie Of The Year Bets

As this article has indicated, Trey Lance is making noise for the 49ers. In addition to leading all ticket and handle percentage, Lance’s Offensive Rookie of the Year odds shifted quite a bit from the opening bell. He opened +1600 and moved to +750 as of August 16. That number moved well before preseason highlights of his big arm and gutty throws, indicating at least some sharp action and belief in his upside.

Justin Fields has moved the most in the opposite direction. Despite 142 passing yards and two touchdowns in his preseason debut, Fields dropped from +350 at opening to +700 and has stayed there after his preseason debut. That +700 mark is still second-best in the NFL and ahead of Lance. Changes in Nagy’s stance on whether Fields will start or not may move this number again. is the best available price on Fields across all legal sportsbooks.

The first overall pick in the NFL Draft, Trevor Lawrence, also saw his odds drop: from +225 to +325. Despite being the presumed starter (against remarks from Urban Meyer), Lawrence’s odds are a bit longer now. Don’t hear what’s not being said, though; +325 still makes him the favorite by a comfortable margin. He’s likely going to have more opportunities this season than any other rookie, especially if Lawrence and Wilson are the only rookie QBs to start Week 1. 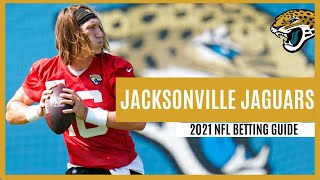 BetMGM reports Trey Lance as being their biggest liability this season. Between +750 and +1600, there’s a lot of money riding on Lance for Offensive Rookie of the Year. The price has reacted, but not before plenty of bettors got their ticket in on him. Should Lance win the award, sportsbooks are going to be handing out a lot of money.

Kyle Pitts and Najee Harris are also big liabilities based on their handle percentage. Pitts (+900) and Harris (+1000) have favorable odds for the award and have plenty of money riding on them this season. Players like Travis Etienne () and Rashod Bateman () present little liability to sportsbooks based on their low handle share (0.9% and 0.5%, respectively).

On Episode 177 of TheLines Podcast presented by BetMGM, Stephen Andress and Matt Brown went in-depth on both NFL Rookie of the Year Bets and the NFL MVP market. They noted six Offensive Rookie of the Year winners since 2010 were quarterbacks. Among the five other winners in that span, four were running backs and one was a wide receiver (Odell Beckham).