We’re just two weeks into the NFL season, but this is my first piece with TheLines. I’ll be breaking down how I’m betting the card with my Week 3 NFL best bets. My weekly best bets post will also be updated each time I place a pregame against-the-spread bet.

There are three things I enjoy wagering on the most:

Once the college hoops season gets underway, you’ll be able to to read all of my betting breakdowns, including futures analysis, on TheLines.

We’re aiming to provide content that you can’t find elsewhere while making it consumable for every bettor. I’m thrilled to be a part of a staff that’s deeply-invested in the betting markets to help make you profitable.

The Panthers’ defense might regress in the near future, but that won’t happen against rookie Davis Mills.

Even without cornerback AJ Bouye (suspension), Carolina ranks first in opponents’ EPA per pass attempt. EPA is defined as expected points scored based on the down, distance, and field position at the start of a play while comparing it with the aftermath.

A full week of practice for Mills won’t be enough against one of the premier pass rushing units in the league.

On the other side of the ball, Carolina has amassed the NFL’s 10th-slowest pace. Even though Matt Rhule’s team has held a lead for much of their first two games, it operates at the 3rd-slowest tempo in first halves so far.

Not many bettors will consider backing Detroit after another game in which Dan Campbell’s team fell behind by double digits. Couple that with Baltimore upsetting defending AFC champion Kansas City on Sunday night, and the market already bumped this spread up 2 points from the look-ahead line.

For starters, the Ravens’ defense is banged up — with cornerback Jimmy Smith (ankle), defensive end Derek Wolfe (back/hip), Brandon Williams (back) and safety DeShon Elliott (concussion) all appearing questionable for this matchup.

Advanced Metrics For Ravens at Lions

Baltimore’s most glaring defensive liability is against the pass, allowing the league’s sixth-highest EPA per dropback. That’s a sample size of just two games, but Baltimore’s injuries sure aren’t curing those concerns.

Despite Jared Goff looking lost in the second half of the Lions’ loss to the Packers, he still finished with 6.6 yards per attempt. Beyond the botched fumble and a forced interception — with Detroit facing an 18-point deficit — Goff looked poised in the first 30 minutes against a leaky defense.

Moreover, the Lions rank around the middle of the pack in dropback success rate (SR). A play is successful if teams produce:

Admittingly, there’s risk with betting on Goff to cash in on Detroit’s sustained drives. The Lions secondary also took a blow with cornerback Ifeatu Melifonwu (thigh) on IR and out for multiple games.

But I disagree with the market rating Baltimore and San Francisco evenly, with the 49ers closing as 9-point favorites in Week 1. I’d bet this at +8 or better.

This game is anything but unappetizing, right?

In a battle of 0-2 teams, the look-ahead line saw a one-point swing before it bumped back down to Giants -3 across the board. The value comes into play with the market slightly overreacting to the Giants covering (+4) against the Football Team.

After finishing with the 3rd-lowest EPA/play allowed in 2020-21, Washington’s defense ranks No. 24 in that department through the first two games. Albeit a small sample size, last season’s defensive standing is a byproduct of facing inexperienced and/or below-average quarterback play.

On the other side, the Falcons’ dropback success rate slots in at No. 24. Atlanta coach Arthur Smith has struggled to adapt, but the final score against the Buccaneers was deceiving — with Matt Ryan tossing 2 fourth-quarter pick 6s.

The look-ahead line for this game was Dolphins -1. Despite the Raiders’ 2-0 start, Jacoby Brissett getting the snaps under center shouldn’t warrant that big of an adjustment.

I hit on this one in my NFL Week 3 underdogs piece as well.

I’ve been waiting for a cheaper Eagles ATS price to come around, and we finally got it.

Philly’s offense has compiled the NFL’s sixth-highest dropback SR. Even without Brooks and Mailata to protect Jalen Hurts, the Cowboys’ secondary will be playing minus nickel linebacker Keanu Neal (COVID-19) and safety Donovan Wilson (groin). That should give the the Eagles’ speedy receiving core some open space versus Dan Quinn’s zone looks.

Dallas is tied for the league’s second-most takeaways, but that’s likely not sustainable with these injuries. Plus, Mike McCarthy’s team was gifted a bit of luck in its Week 2 upset win, as the Chargers collected 10 offensive penalties for 80 yards.

I’m expecting a close game, so grab the yet points again. 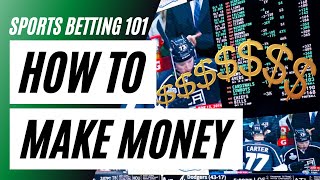