2021 NFC West odds show a division up for grabs.

In 2020, the Seahawks were a great value pick to win the NFC West before the start of last season and they rewarded bettors who believed in them to the tune of more than double the return on their money.

As for this season, we’re going to see a few familiar faces in new places, most notably J.J. Watt and A.J. Green in Arizona, and Matthew Stafford in L.A. for the Rams. How will these offseason moves and key draft picks like Trey Lance in San Francisco affect this year’s NFC West futures odds?

$2,000 In Risk-Free Bets
Oddsmakers seem to like the Rams’ addition of Stafford a lot, as they’re listed as preseason favorites to take the division (+180) despite few other impactful roster moves. The 49ers (+200) are expected to bounce back from their underwhelming and injury-riddled 2020, but Seattle (+300) remains the most valuable bet of the bunch when you consider you can triple your money by betting on a QB in Russell Wilson who has won four of the last eight NFC West titles. In Arizona, another year under Kyler Murray’s belt combined with an even more formidable roster on paper than last preseason, the Cardinals at (+600) are the juiciest choice.

So what does each team’s schedule say about it all?

Per usual, schedule makers have set up the final week of the season for peak drama, pitting the 49ers against the Rams in L.A. and sending the Seahawks to Arizona. Each team will face the NFC North and AFC South, meaning games against the Texans, Jaguars, Lions and Bears, which helps explain why only the Rams are in the top 10 as far as preseason strength of schedule.

With the addition of a 17th game for each team this season, NFC West teams will each play a different team from the AFC North in 2021. The 49ers, who finished last in the division in 2020, get to face the AFC North’s last-placed team from a season ago in the Bengals, rather than one of the division’s three playoff teams in the Steelers, Ravens, and Browns.

Stafford’s arrival brings great hope to a team whose defense ranked number one in passing yards, total yards, and points allowed per game last season. Injuries to three of their top-four playmakers on offense didn’t help, but in the end it was QB Jared Goff’s inconsistent play that likely cost them a legit shot at the Super Bowl, despite having a championship-level defense.

Aside from Stafford, DeSean Jackson is the only other potential impactful addition this offseason, mostly due to the Rams’ need to get under the salary cap. Head Coach Sean McVay and Stafford seemed to have their futures tied together now and both have a lot riding on this season.

Considering the amount of injuries the 49ers sustained last season – at one point, San Francisco reported 22 players who had recorded at least 10 minutes of play time on its injury report – they’ll basically be fielding a new roster in 2021. The league’s best pass rush from two years ago returns Nick Bosa, Arik Armstead, and Dee Ford to its depth chart after all three missed significant time.

On offense, head coach Kyle Shannahan and GM John Lynch made headlines before the draft when they traded up from No. 12 to No. 3 to ensure they got their guy, QB Trey Lance. Shannahan has said returning starter Jimmy Garoppolo will keep his job in 2021, but Jimmy G has only played in 34 of a possible 64 games including the playoffs since being traded to the Bay Area in 2017. So it’s fair to say Lance has a good chance to get on the field.

Depending on your belief in Garoppolo, that might not be a bad thing.

At +300 in most books, bettors could like the value for laying action on the most historically successful QB in the division to win it. Not to mention another offseason for Wilson and stud receiver DK Metcalf to strengthen their connection.

One year after making the biggest move of the offseason by trading for DeAndre Hopkins, Arizona owned the headlines once again by signing J.J. Watt and A.J. Green. Even if Larry Fitzgerald doesn’t return, this is still a top five wide receiver group with Hopkins, Green and speedster Christian Kirk.

Unfortunately for Arizona, they play in a division that now has both Stafford and Wilson in it, and a team in San Francisco that won 13 games a few seasons ago. So winning it seems like a long shot. In betting, however, we’re always looking for value. And earning six times the return on my money in 2021 NFC West odds for a team loaded with talent and speed feels like solid value. 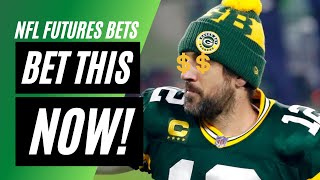