The Brooklyn Nets (33-15) host the Charlotte Hornets (24-22) after winning six straight home games. The Nets are favored by  in the contest, which tips at 7:30 PM ET on Thursday, April 1. The matchup’s point total is . 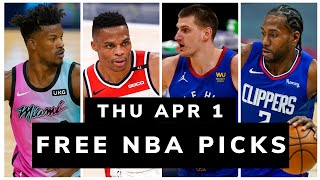 The Hornets knocked off the Nets 106-104 in the last meeting between the teams on December 27, 2020. Gordon Hayward scored 28 points to lead the Hornets, and Kevin Durant scored 29 points for the Nets. The Hornets covered the spread as 11.5-point underdogs, and the teams fell short of the 233.5-point over/under after combining to score 210.