The 2020-21 NBA season is quickly reaching a crescendo with the playoffs slated to begin on May 22 and the NBA Finals scheduled to run from July 8 to July 22 (if necessary). There’s still time to find value in NBA futures markets.

This addition to the NBA season has created more competition down the stretch by giving more teams a shot, and it has expanded the market for Team Futures at sportsbooks by opening up a proposition on whether teams will make or miss the playoffs. Note that the ‘To Make the Playoffs’ tab on sportsbooks refers to whether the team in question will survive the play-in tournament and not whether they will simply finish within the top 10 in their conference.

In this article, we look at some of the intriguing markets for player futures and postseason awards, and analyze the best bets to make or miss the playoffs.

Odds are provided by DraftKings Sportsbook:

Randle has essentially locked up this award with averages of 24 PPG, 10.5 RPG, and 6 APG while carrying the surprising Knicks to a 33-27 record and playing in all 60 games. Longshot contenders such as Jerami Grant (+600) and Christian Wood (+2000) have missed too much time with injuries and are playing for irrelevant teams.

DEFENSIVE PLAYER OF THE YEAR (APRIL 26)

The Jazz have the best average margin of victory this season and are holding opponents to the worst percentage on two-point shots (50%) while allowing the fewest threes made (10.8) per game. Gobert’s presence on the interior allows Utah’s guards to gamble on the perimeter and the Stifle Tower is rocking a stellar 100.4 individual defensive rating while averaging 14.4 RPG and 2.8 BPG this season.

The only other real contenders for the award are both in Philadelphia. Joel Embiid (+3000) is being listed as a longshot because he’s currently the second favorite to win MVP. Yet we saw Giannis Antetokounmpo win both awards last season. In any case, Simmons has arguably been more vital to Philly’s defensive success due to his versatility. The 6-foot-10 guard is averaging 1.6 steals per game, but his impact goes beyond the numbers.

The Jazz have the best record in the tougher conference and are beating teams by an average of 9.2 points per game with 34 victories coming by double digits. Snyder has his team humming with a 26-11 record against teams that also hold winning records.

The Suns have undergone a remarkable turnaround this season thanks in no small part to the leadership of Chris Paul. Williams also deserves credit for their success, as they battle the Clippers and Jazz for the top seed in the West. But Monty was there when the Suns went 34-39 last season and the addition of Paul clearly made a bigger impact than any coaching adjustment.

The Knicks have also turned things around in a big way after losing 163 games over the previous two seasons. Thibodeau has both veterans and young players buying into his defensive system and New York is yielding a league-low 104.7 PPG along with the best numbers defending the 3-point line and protecting the rim. The Knicks are on a 9-game win streak as of April 26 and Thibodeau’s role in the resurgence has caused his odds to rise from +2000 to +500 in a matter of weeks.

While the Sixers were a playoff team before Doc arrived, they weren’t performing with anywhere near this level of consistency. His adjustments have Embiid playing at an MVP level and have Philly on track to earn the No. 1 seed in the East.

The Clippers are also experiencing a culture shift with Lue replacing Rivers. They were inconsistent in the first half, but have caught fire with the best offensive rating in the league since the All-Star Break.

Nash deserves credit for keeping the Nets on track despite having James Harden, Kevin Durant, and Kyrie Irving together for only 7 games all season. But it’s hard to imagine the first-year coach earning this award at the helm of a star-studded team. 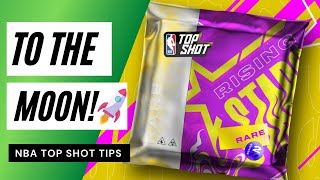 Steph Curry is on a tear unlike anything we’ve seen in NBA history, but when he’s off the floor the Warriors have the worst offense in the league by a wide margin. If they wind up in the 9th or 10th spot, it’s hard to imagine Curry going off twice to upend the Blazers or Grizzlies, and the Warriors are obviously dependent on him scoring 30-plus to even have a chance.

The Blazers are reeling right now with losses in 9 of their last 11 games and Damian Lillard (hamstring) clearly isn’t healthy. The Grizzlies have had their number and they’ve had trouble with both the Spurs and Warriors this season. With a putrid defense and the lowest assist rate in the NBA, it’s not unfathomable to take the Blazers to lose in the play-in tournament.

The Spurs have flashed some of the old discipline that led to 22 straight seasons with a playoff berth before ending last year. Yet they’re just 12-20 against teams with winning records and are 2-4 against the Warriors and Grizzlies this season.

Ja Morant and the Grizzlies are taking off and will have learned from the experience of losing to Portland in the play-in tournament last summer. They just got Jaren Jackson Jr. (knee) back and are the hottest team between these four contenders.

This is our best bet in terms of value, since the Wizards have won 8 straight as of April 26 and are locking in defensively thanks in part to the addition of Daniel Gafford. Bradley Beal and Russell Westbrook form arguably the best backcourt in the East and Washington has shown flashes against the top teams in their conference. Drawing Miami in the play-in round could be a death sentence, but the Wiz are only a couple games behind Indy or Charlotte to move into the 9th spot.

LaMelo Ball is going to try to return from a broken wrist before the season ends, but Gordon Hayward (foot) is unlikely to be back anytime soon. The Hornets went 4-8 in the aftermath of Hayward’s injury and are struggling on both ends of the floor. They’re very unlikely to beat a good team twice and might be an easy out if they finish 9th or 10th.

Injuries will obviously play a key factor for the Pacers as well. Domantas Sabonis is dealing with a sore back and Myles Turner (toe) is out indefinitely. Their defense is sunk without Turner, but Caris LeVert, Sabonis, and Malcolm Brogodon can outscore the competition to get their team into the dance.

In the final week of April, Toronto and Chicago (+1100 odds to make the playoffs) are 2 games behind Washington for the final play-in spot. Toronto is relatively healthy, though, while the Bulls have no offense without Zach LaVine (COVID protocols). If the Raptors decide to play their starters without rest, they could make the play-in bracket and they’re definitely talented enough to beat any team twice.

WHERE DO I FIND NBA FUTURES IN A SPORTSBOOK?

To find NBA Player Futures, click the NBA tab on your preferred online sportsbook and look for a subset labeled Player Futures. Within that subset, there should be more tabs for MVP, Coach of the Year, Most Improved Player, and more. For Team Futures, click that subset and look for markets on the NBA champion, conference winners, and a market for “To Make the Playoffs.”

HOW TO BET OTHER NBA FUTURES

Beyond those specific awards, there are a number of other markets to consider for Futures bets on the NBA.

The Nets are favored to win the NBA Championship with +225 odds at DraftKings Sportsbook and the defending champion Lakers are getting +325 odds on that site. That means a $100 bet on the Lakers to repeat as champions would profit $325 if successful this July.

The 2021 NBA Playoffs start on May 22 with the four first-round series in each conference. Prior to the first round, from May 18-22, the 7-10 seeds in each conference will compete in a play-in tournament to determine which teams make the playoffs.