[toc]Millennial Esports has taken a major step forward in its development, partnering with Microsoft subsidiary 343 Industries (343i), Xbox and Microsoft for the 2017 Halo World Championship.

Millenial will be hosting open online qualifier tournaments on its own online gaming platform, as well as organizing the Nevada edition of the North American Qualifier LAN event. The LAN event will be held at the new Millennial Esports Arena at Neonopolis, in Las Vegas, from March 3 to March 5.

There is a $50,000 prize pool for the live event, and the top three teams will qualify for the Halo World Championship finals to be held in the spring. The location for the finals has not yet been announced.

“We are very pleased to partner again with Microsoft, Xbox and 343i, this time to host their prestigious Halo World Championship qualifier series at our world-class arena facility in Las Vegas.” said Alex Igelman, CEO of Millennial Esports.

The HCS event took place in November at Millennial’s Neonopolis arena, and served as the Fall 2016 HCS Open Circuit Finals. 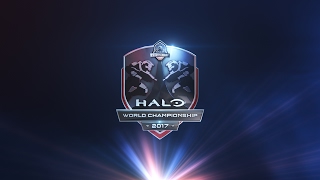 Millennial has ambitious plans for its Las Vegas arena

Under its previous name, Pro Gaming League (PGL), Millennial carried out a reverse takeover of the Stratton Capital Corporation in May last year.

The deal provided Millennial with a platform suitable for its esports expansion plans. At the time, the Igelman told ESBR:

“PGL is focusing on building out its esports arena and online platform improvements to deliver more flexibility to partners and publishers as PGL shifts its focus in order to become a leader in content and broadcasting. We will therefore use the platform as a tool to deliver turnkey tournament solutions to our partners when catering to their esport needs.”

Igelman spoke to ESBR to explain how important Nevada and the Las Vegas arena are to the company’s development.

“Over two years ago, we identified the potential for Las Vegas to become the Esports capital of North America, if not the world. Aside from being the ideal location for the obvious reasons: inexpensive food and drink, abundance of rooms, low hotel rates, great infrastructure, etc… Metropolitan Las Vegas has a vibrant gaming community and is home to a number of game developers and publishers.”

CEO of the Downtown Grand Casino, Seth Schorr is an independent director of Millennial Esports. He has been the motivating force behind convincing the Nevada Gaming Commission of the coming importance of esports betting, and with his bookmakers, William Hill, took the first legal esports bets in Nevada, late last year.

“With the recent approval of esports wagers, we have the luxury of being the only place in North America where you could have an esports event and bet on it under the same roof. Pretty amazing.”

Millennial platform is designed to cater for esports betting

The platform that Millennial has developed has been designed to be flexible enough to provide the services which the growing esports betting industry is likely to need.

“Our leading edge and robust platform was designed with much in mind. At the core, we have a platform that could facilitate head to head wagering if and when Nevada approves this type of skill based wagering.”

Until the regulatory world catches up with the possibilities of the esports world, the Millennial platform serves as the base for the company’s service offer to its clients.

“Presently, we use the platform to host a variety of free to enter tournaments and ladders for a multitude of game titles. Our platform is also a valuable tool that we use as part of our turnkey solution for publishers and other clients, allowing us to offer our clients the full functionality of a tournament platform to facilitate standalone online tournaments or online events that are qualifiers for major LAN events, like the HALO World Championship Series. Millennial Esports is also currently finalizing the build of our tournament app which will further bolster our technical offerings to our clients.”

Despite the rise of TV esports in 2016, Igelman believes that the mainstream TV media will be complementary to the online broadcasting of esports and not a replacement for the current streams.

“Turner, ESPN, and other broadcasters have recently joined the likes of Twitch, YouTube, Azubu in broadcasting quality esports events on traditional television. While this will never overtake the viewership numbers that we see on the aforementioned Content Distribution Networks, it does widen the audience to include those that may not be familiar with watching content on the internet.”

“However, in my opinion the future of the esports viewership will continue to be online and this will only get bigger in the years to come.”

HALO deal is a model that Millennial hopes to replicate

The European and South American qualifiers for the Halo World Championship are being provided by Gfinity on the same basis as Millennial Esports is providing the Nevada qualifiers.

UGC is providing the other North American qualifier.

Gfinity provided the same service for the 2016 event. In the long term, esports analysts can deduce that a healthy competitive market is developing for providing esports with third party services.

From the game developers’ perspective, there are now two strategic options for promoting competitive esports. This can be done in-house, as Blizzard is doing with its new Overwatch league, or outsourced, as 343 Industries is doing with Halo.