The Washington Wizards (17-28) host the Charlotte Hornets (23-22) after winning three home games in a row. The Hornets are favored by  in the contest, which starts at 7:00 PM ET on Tuesday, March 30. The matchup has an over/under set at points.

The betting insights in this article reflect odds data from DraftKings Sportsbook as of March 30, 2021, 11:40 AM ET. See table below for current betting odds. 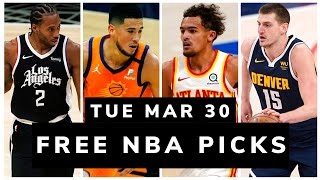