This article was updated on Friday, June 25, following the group stage.

The 24-team UEFA European Championships is down to the final 16. After some thrilling games in group play, and only a few boring ones, there’s a familiar name atop the Golden Boot leaderboard.

The Golden Boot goes to the player who scores the most goals during the tournament. Since the 2012 edition, UEFA has also awarded a Silver and Bronze Boot to the second and third-best performers.

Portugal’s megastar Cristiano Ronaldo may be in his international swan song but he’ll milk every second. After tallying in all three of Portugal’s group stage games (calling it the Group of Death seems overplayed. The Group F lineup looked more like the Death Eaters from Harry Potter), he has five goals overall and leads the pack by two.

Here are the top 10 remaining scorers from the group stage, with their current prices from DraftKings:

View all of the Euro 2020 Golden Boot odds for all of the players at top US sportsbooks like DraftKings Sportsbook, FanDuel Sportsbook and BetMGM.

As many have noted with the 16-team bracket confirmed, one side is substantially stronger. That side includes France, Belgium, Portugal, Spain, Croatia, and Italy. The top two scorers in the group stage will face off. Despite his team being underdogs in the knockout stages, Ronaldo’s two-goal cushion (before anything he may tally in the round of 16 match) is considered nearly insurmountable by anyone whose team may further advance.

Lukaku, the pre-tournament co-favorite with Harry Kane, made a statement with two against Russia in the first match, and would obviously benefit from his team eliminating Portugal. However, that win puts them against likely Italy in the quarterfinal. This Italy team has won 11 straight games and allowed zero goals.

On that one side of the bracket, the team with the most plausible path to the semis appears to be France. They’ll face Switzerland then the winner of Croatia/Spain. These are all games a stacked squad who won the World Cup in 2018 can win. Yes, they’ll likely need to play better than they did in group play. Benzema will be a big weapon in a loaded attack. Honestly, he deserves some sort of award for scoring at the same time marker (46:44) on each side of halftime in the group stage finale.

On the other side of the bracket, the notable teams are.England and Germany. They play each other in the round of 16. England has two goals so far in the tournament, with neither scored by Harry Kane (now up to 50-1) or Marcus Rashford (now 300-1).

Since the first tournament in 1960, there have been times where multiple players shared the Golden Boot award. However, UEFA has since devised tiebreakers so there’s only one recipient.

This creates an interesting strategy for the futures market. Obviously the more matches played, specifically throughout the knockout stages, the more chances one can score. However, is it worth focusing on a team’s lone scorer, or should bettors favor one part of a multi-headed attack? The two co-favorites are answers to each side of the dilemma.

One side of the coin is Harry Kane, the English striker and darling of Tottenham (for now). He’ll play three group games at Wembley in London with the potential for three more if the Three Lions make the final. As England’s attack goes, he’s the guy. 34 goals in 54 matches in international duty entering the tournament, as Kane comes off his third Golden Boot award in the Premier League. He scores a lot from in close and will draw attention from defenders. He’s been named a Member of the Most Excellent Order of the British Empire – at 28! He received his MBE from Prince William himself. He’s not been knighted, but that’s still pretty sweet.

Oh yes, the supporters love him. 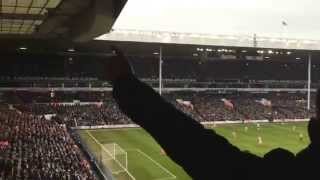 The other favorite is Belgium’s powerhouse Romelu Lukaku. He will be the spearhead of a diverse attack for the Red Devils, in a side that includes Dries Mertens, Christian Benteke, and if healthy, all-world midfielder Kevin De Bruyne. Lukaku has 60 goals in 91 appearances for Belgium and is coming off a Serie A win with Inter Milan.

Lukaku and Kane each have 16% of handle on the DK market but Lukaku has the edge in tickets (16% to 12%). However, Belgium will have two true away games in Group B play, in St. Petersburg against Russia and Copenhagen against Denmark. Belgium can score in bunches, and Lukaku will get his. Will it be enough?

The people’s choice at DraftKings is Kylian Mbappe, France’s 22-year old superstar. He’s earned 21% of handle and 16% of bets. Playing for Paris St. Germain, he won his third Ligue 1 scoring title this season. In 44 games for Les Bleus, he has 17 goals. He enters the tournament in a stacked group with two teammates within the top-10 prices of most boards. Three summers ago, he dazzled the world at 19 as France won the World Cup, and he became the first teen since Pele to score twice in a match and net a goal in the Cup Final. While France faces a stiff challenge from Portugal, Germany, and Hungary in group play (including multiple true away matches), this is a veteran squad favored to win it all. Mbappe will have to contribute to make this happen.

Can we do a story about goal scoring competitions and not mention Cristiano Ronaldo? Of course not. His Portugal team won the cup in 2016 and he won the Silver Boot. He’s also, ya know, probably the most famous athlete in the whole world. His 103 goals in 174 international appearances tops the European career table. This might be the last time we see the 36-year-old in a big international tournament. He can light it up. The question is can Portugal advance far enough and give him enough opportunities to fill the scoresheet. Bettors aren’t so confident, as he has earned only 5% of bets and 4% of handle on DraftKings.

On DraftKings, bettors have singled out one longshot on England’s roster who’s tied for fifth in handle percentage with Ronaldo and Italy’s Ciro Immobile. It’s Marcus Rashford, a Manchester United star known almost as much for his philanthropy as his on-field heroics. He helped Man U make the Europa League final and finish second to Man City in the Prem. He’s scored 12 goals in 41 appearances with England and could be a second option as teams focus on stopping Harry Kane. Currently he’s available at 80-1 at DK or 50-1 at William Hill.