The 2021-22 season has ended with the Rams as Super Bowl champions. That means it’s time to turn our attention to early 2022-23 Super Bowl odds.

Luckily, DraftKings Sportsbook dropped early 2023 Super Bowl odds a couple of weeks before the playoffs ended. Some of them have already been on the move as players and coaches begin offseason machinations.

Which teams have the best shot to lift the Lombardi Trophy next year at Super Bowl LVII in Arizona?

Let’s check in on a few teams of note, ones that stand out for one reason or another on the 2023 Super Bowl odds board.

The Rams started a bit lower in the market but moved up as the Buccaneers and Packers deal with potential quarterback turnover. After advancing to the Super Bowl, they moved up to +1000, third in the markets. That’s where they remain after the last of the confetti has fallen.

The Rams do have their own question marks, for a team that looked like it could pretty easily bring the band back. Aaron Donald made some surprising rumblings about a potential early retirement. Odell Beckham Jr., if indeed they’d have brought him back, looked to have suffered a potentially devastating knee injury. And LT Andrew Whitworth enjoyed a stellar season but has already established record-setting longevity.

Losing any of these players, particularly Donald, would impact their chances.

The Bengals look as well set up as anyone going forward with a strong young core and a clean cap sheet. The priority will be putting a decent line in front of their otherwise promising passing attack after another seven-sack disaster. The worst of the trouble came from the interior, which is great news since those fixes should come fairly cheaply.

The two favorites should come as no surprise. They played the game of the year, they have arguably the two best quarterbacks on the planet and they’ve established a high baseline of success in recent seasons.

The Chiefs, narrowly missed a third straight Super Bowl appearance. If not for Dee Ford lining up offsides on a game-winning interception, it could have been their fourth.

As long as Andy Reid and Patrick Mahomes remain the bedrocks of the Chiefs organization, this team figures to remain near the top of the futures odds each season. Even after a pedestrian season by their standards, they showed they can raise their level in the playoffs.

While the Chiefs have proven they’re the team to beat every year, a worthy foil has emerged in Buffalo. The Bills were shown to be a tier below the Chiefs in 2020 but they were 13 fateful seconds from a road sweep in 2021.

The central question: how much will the loss of Offensive Coordinator Brian Daboll impact Josh Allen’s production? Daboll accepted the head job with the Giants. The Bills will keep continuity by promoting Ken Dorsey, though.

We can group the next two favorites together as well as both of these teams enter 2022 with more questions than answers.

How can they potentially replace Hall of Fame QBs? Tom Brady finally retired after a hard-to-fathom 22 seasons. Rodgers has expressed discontent with the organization in recent years. His quotes after the loss to San Francisco sounded noncommittal at best.

Even if Brady walks it back — he did say he’d never say never — and Rodgers returns, their situations could deteriorate. The Bucs have perhaps the most impactful group of free agents in the league. The Packers have more young talent locked in, but Rodgers has depended enormously on WR Davante Adams, and he’s a free agent.

No team that missed the playoffs has 2023 Super Bowl odds as short as the Ravens.

Baltimore entered each of the past two seasons as one of the favorites following Lamar Jackson’s MVP campaign in 2019. However, things completely fell apart in 2021, mainly due to an incredibly awful run of injury luck.

The disaster began in the preseason when multiple starters tore ACLs. The offensive line and secondary were then reduced to tatters during the season as injury after injury piled up. Impactful players like LT Ronnie Stanley and CB Marlon Humphrey wound up on IR.

Jackson was dogged by injury and ineffectiveness as well. He started just 12 games, and even when he did play, he performed notably worse than in the past two seasons.

The 49ers‘ 2021 season should give Ravens fans hope. Like Baltimore, they got crushed by injuries the previous year after expecting to contend. They bounced right back and are now one game away from another Super Bowl berth.

On the flip side, the Steelers and Raiders have the weakest odds of the 2021 playoff teams.

Like the Bucs and Packers, the Steelers have a major question mark at QB. Ben Roethlisberger will retire, but the team has a fairly decent talent base. The playmakers are strong and the defense has an elite performer in TJ Watt. However, the offensive line is poor and the secondary ineffective.

Some have floated Pittsburgh as a destination for disgruntled QBs like Rodgers and Russell Wilson. They’d shoot up the odds board if one of these players made a move to Steel City.

Las Vegas is turning over its coaching staff and front office. There have been rumblings that the franchise could hit the reset button and move QB Derek Carr.

On the other hand, Carr had another strong season, and the defense took a big step forward after being one of the worst units in the league in 2020. If the Raiders make a big hire and opt to stay on the fringes of contention, they could add some pieces and remain a playoff team.

If you’re looking for a team that the metrics say was better than its 2021 record, look no further than the Seattle Seahawks.

Incredibly, they finished eighth in Football Outsiders DVOA, better than the top-seeded Packers. They finished with a +29 scoring margin. And their offense wound up 14th in EPA/play.

All of that despite having backup QB Geno Smith start a good chunk of the season. Wilson also looked less than 100% at times even when he played.

Of course, the aforementioned disgruntled status of Wilson looms. He made noise about being unhappy with his surroundings in the offseason, and a 7-10 season seems unlikely to have him feeling more positive going forward.

If the Seahawks can placate Wilson and make offseason improvements, they can jump right back to contention. The trick will be doing so in a loaded division that just sent three teams to the playoffs, including both NFC finalists. 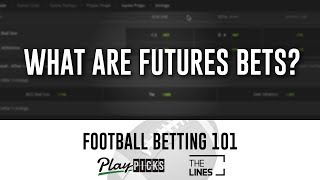