The 2021 L.A. Dodgers have been one of the most heavily favored teams in recent memory, only closing as underdogs once.

That’s about to change, unless a ton of steam comes in on them Monday night. With the Dodgers billed as rare underdogs against the San Diego Padres, we’ll take a look at just how slanted the market has been. Have the Dodgers met the betting market’s expectations? Are they one of the strongest teams to ever take the field?

How Have The Dodgers Performed On The Money Line?

Preseason markets rated the Dodgers incredibly strongly. Despite residing in the same division as fellow powerhouse San Diego, the Dodgers were tabbed with a win total in triple digits.

That’s a rare sight indeed in a sport where winning 55% of the time is considered a laudable feat.

Through Sunday, they’ve played 71 games, just a bit shy of half of the season. At 44-27, they’re on pace to win 100 games, which would put them slightly under on the win total. Still, the team has performed well overall, especially considering the injuries they’ve endured.

However, bettors who expected easy profits backing the Dodgers have been disappointed. Even winning 61% of their games hasn’t been enough for the Dodgers to turn an auto-profit.

In fact, it’s been just the opposite. According to closing lines provided by DraftKings for 57 Dodgers games, blindly betting them at close has resulted in a loss of 3.21 units. The average money line on the Dodgers has been -202 for an implied win probability just shy of 67%.

Are The Dodgers One Of The Strongest Teams Ever?

That losing record in terms of money line units may provide a hint to how at least one high-profile trader views the Dodgers.

DraftKings Director of Race & Sportsbook Operations Johnny Avello told TheLines to shelve any thoughts of this team being one of the all-time greats.

“I don’t consider the Dodgers to be one of the best of all time as they are not one of the strongest teams in our power ratings,” he said.

Avello opined that opposing talent as a whole is a bit down compared past years. He said that’s the main reason for the Dodgers consistently being favored big.

“As of today, they still aren’t leading the NL West,” he said. “The Dodgers’ starting pitchers are very good, but Kershaw is not as reliable as he once was and their bullpen is unstable.”

Indeed, while the Dodgers sport a strong rotation and offense, their bullpen remains the closest thing to a weakness. Their ERA ranks eighth but most of the peripherals and ERA estimators paint them as a middling group.

The Dodgers As Underdogs In 2021

To get a look at last time the Dodgers were underdogs, one must scroll back to April 30.

That day, the Dodgers hit the road for a matchup against the Milwaukee Brewers. In need of a fill-in pitcher, they called up little-known 23-year-old rookie Edwin Uceta to face ascendant arm Freddy Peralta.

As it happened, the Brewers did pull out the win. Uceta gave way to a bullpen game but the two runs he gave up proved decisive in a 3-1 loss.

At least in the overnight markets, the Dodgers rate as slightly more definitive underdogs this time around. They’re currently  while the Padres can be bought at .

Even Julio Urias and his 3.54 ERA — backed by matching peripherals — aren’t enough to get the Dodgers to favorites against Yu Darvish. The offense remains hobbled by injuries to key starters Cody Bellinger, Max Muncy, and Corey Seager.

That being the case, bettors eager to get plus-money on the Dodgers may get another chance very soon. Clayton Kershaw versus the struggling Blake Snell likely won’t do it, but the third game of the series pits Trevor Bauer against Joe Musgrove. That line figures to be tight at the very least, particularly with the foreign substance ban bringing down Bauer’s spin rates.

The Dodgers remain easy World Series favorites across the board. Right now, they look vulnerable for once, and the betting market reflects that perception going into this series agains the Padres. 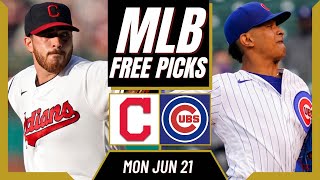