The Oklahoma City Thunder (20-31) are  underdogs as they try to break a four-game losing streak when they host the Cleveland Cavaliers (18-32) on Thursday, April 8 at Chesapeake Energy Arena. The game airs at 8:00 PM ET on BSOK. The matchup has a point total of . 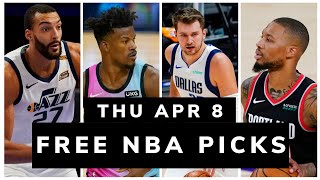 Shai Gilgeous-Alexander (31 points) led the Thunder past Collin Sexton (27 points) and the Cavaliers 117-101 in their last matchup on February 21, 2021. The Thunder were favored by 3 points in the game, and covered the spread. The 218 total points in the matchup went under the 219.5-point over/under.