You may have heard some recent scuttlebutt about the U.S. allegedly getting ripped off by its neighbors to the north for years. Apparently, some in Washington really take that old South Park credo of “blame Canada” to heart.

But on the sports betting front, it’s Canadians who are poised to increasingly get the short end of the stick moving forward. That is, unless their government eventually opts to walk in the legislative footsteps of its neighbors to the south. 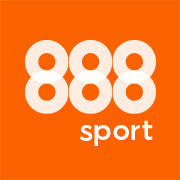 Just like the U.S. until a little over a month ago, Canada has a federal ban on single-game sports betting. The country’s individual provincial governments do have leeway to offer sports lotteries, but they must be in the form of a two-team parlay at minimum to avoid running afoul of the law. Hopes were high for a 2016 bill that sought to decriminalize single-game wagering, yet it was ultimately defeated in the House of Commons by a fairly narrow 156-133 vote margin.

As you’d expect in a case where there’s really no marketplace competition, the consumer essentially gets the shaft in this scenario in terms of betting lines. It’s no surprise that like many U.S. residents, a significant number of Canadian bettors have long chosen to take their action to offshore sportsbooks or a local bookie.

In the overall sports landscape, the Canadian Football League (CFL) carries somewhat of a reputation as the proverbial red-headed stepchild when compared to hockey. However, that perception isn’t necessarily accurate in every corner of the Great White North.

While the Toronto Argonauts and BC Lions are legitimately struggling to generate attendance, the likes of the Calgary Stampeders, Saskatchewan Roughriders and Edmonton Eskimos have consistently loyal fanbases.

The league also has national TV exposure throughout all of North America. In the U.S., various ESPN properties alternate the carrying of Canadian counterpart TSN’s broadcasts throughout the regular season, playoffs and Grey Cup.

In other words, they clearly have some traction. And the recent signing of a certain infamous Johnny Manziel has resulted in an extra uptick in mainstream attention. Thus, in Canada, the CFL would serve as a textbook example of a sports entity that could potentially vault to the next level of popularity with the extra awareness that legalized sports betting would bring.

Exponentially more fast-paced than its vastly more popular NFL cousin, some of the idiosyncrasies of the CFL’s rulebook tend to make it somewhat of a rollercoaster ride for those with skin in the game:

Think of the NFL and Arena Football League having a baby. Just one that doesn’t propel into walls in full gear and that plays on a field bigger than your average family room.

Given how many extra possessions a CFL team typically sees because of the three-down structure and higher percentage of passing, you’d also be ill-advised to rip up your ticket in frustration before the final gun in most cases — wild last-minute comebacks are much more commonplace than on a typical NFL Sunday.

And what of that pesky “rouge”? As you might imagine, a single-point play can wreak some havoc on money lines and point spreads in a game’s closing seconds.

Sweating over/under action on a CFL game is also often an experience onto itself. Envision trying to make an educated guess on the final score of a Madden showdown between you and a buddy and you’ll start to get the idea.

There’s already plenty of money being wagered on CFL games

There’s a DFS- and soon-to-be-sports betting tie-in between the league and DraftKings, as well.

The DFS industry leader has been running CFL contests since 2016. What was initially a one-year “advertising and promotional” agreement is now officially in its third season.

In a press release announcing the renewal of the pact for a second year in back in 2017, DK touted the fact there were “nearly one million entries” in that first season (last season’s figures have been requested from DK but were not yet available as of this writing).

Of course, in fairly short order, residents in certain U.S. states will have another option besides DFS if they want to plunk down a few bucks on a CFL game within the platform.

The company will soon roll out its sportsbook in New Jersey in partnership with Resorts AC, and they expect to be a player in any other state that successfully introduces a legalized sports betting environment.

CFL and NHL games will naturally be on the docket daily when those leagues are in season. However, as long as the status quo persists, Canadians will be able to put money in play on either sport in the DFS “wing” of DK; however, they’ll be shut out of doing so on the sportsbook side, while a growing number of U.S. residents will have access.

Moving forward, Canadian sports fans and bettors will thus likely look on with at least a tinge of envy as legalized sports betting becomes increasingly prevalent in the United States.

Granted, some in the eastern portion of the country will certainly be within striking distance of states that already are (New Jersey, Delaware) or will soon be offering (Pennsylvania, New York, Rhode Island) single-game wagering. But that’s nowhere near the same as having the convenience of being able to go to a local sportsbook or placing an online bet.

Canada has no shortage of rabid sports fans. It also has an abundance of active bettors — in 2016, the Canadian Gaming Association estimated that the country’s residents were spending approximately $4 billion on offshore sportsbooks and another $500 million on provincial sports lotteries.

And perhaps we’re in the early stages of the stars aligning for the country’s sports betting supporters, considering:

Can all these factors form a “perfect storm” and ultimately lead to the legalization of Canadian single-game wagering?

Admittedly, there’s not exactly a push for the country to follow the U.S.’s example on much of anything these days. Sports betting might eventually be an exception.