[toc]Blizzard took a big step forward in its strategy to become a major esports event organizer with the opening of its first dedicated stadium in Taipei, the capital city of Taiwan.

The basics of the esports stadium

The Blizzard Estadium venue caters for up to 500 esports fans, and will host events from Blizzard’s game portfolio, including Hearthstone, StarCraft 2 and Overwatch.

At the moment of the official launch, CEO and Co-founder of Blizzard Entertainment Mike Morhaime said that the global esports market had been dominated by the Asia-Pacific for many years. The regional market is a “bellwether for the strength of global demand,” he said.

The first official tournament at the Blizzard Estadium begins on April 8. That initiates a weekly format that will continue for three months.

The Overwatch Pacific Championship will be played by eight of the top esports teams in the Asia-Pacific region and comes with a prize pool of around $270,000.

The top three teams will advance to the playoffs culminating in the 2017 Overwatch World Cup, where 32 teams will compete for their countries.

Overwatch is the prime vehicle for Blizzard’s live event strategy

Blizzard’s Overwatch game has become the centerpiece of the company’s live event strategy, even though it launched in summer 2016, .

The Overwatch League is due to launch in September 2017, with city-based team franchises to be established around the world.

According to Blizzard, the tournament series will feature:

“League action streams live every week, including a standalone prime time matchup between top teams. Game highlights and other features fill in the gaps between game days.”

Blizzard expects most of the team franchises to generate revenues locally, which means regular live events in local stadiums.

As a concept, the strategy is undoubtedly bold. It has the potential to establish a global esports business with all the advantages of traditional sports combined with the proprietary rights of the game developer.

Team franchises have lofty pricetags. A franchise for a major city like Los Angeles could cost up to $15 million. Even though team owners will share in league revenues, that still leaves a lot of risk.

Overwatch is off to a flying start. But there are no guarantees that a new game won’t come along and devastate its player pool and fan base.

The Blizzard Estadium is not dedicated to Overwatch, or the new league. But as the first of its kind, it will provide a strong support for the Overwatch franchise in its broadest sense. 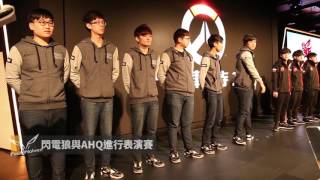