[toc]Esports betting moves further into the limelight as top esports bookmaker Betway agrees a deal to be the headline sponsor of legendary esports team Ninjas in Pyjamas (NiP).

“As sponsors of West Ham United of the Premier League in England, we constantly engage with supporters to give them insight into the club they wouldn’t get anywhere else.

It’s with these ideals, values and mission in mind that we partnered with NiP. They have a huge fan base all over the world and we are tremendously excited to provide exclusive, behind the scenes content on a regular basis as we follow the team’s quest to be the best.”

Pinnacle took its first esports bet in 2010, and over the following four years saw total wagers double every year. It took its millionth esports bet in December 2014. Since then the esports betting market has only moved faster.

Research by Eilers & Krejcik Gaming expects total real money esports betting handle to reach over $12 billion a year by 2020. That base case scenario could move even higher if the sudden expansion of televised esports produces a much larger audience than expected.

One recent sponsorship was announced in June, as German operator TipBet struck a deal with Greek team Ad Finem.

Many gambling jurisdictions have online advertising restrictions. In the UK for example, advertisers may not use images of any celebrity who is or appears to be under 25.

Sports betting operators in regulated jurisdictions are accustomed to comply with such restrictions and sponsorship of traditional sports teams is common. Betway itself sponsors UK soccer team West Ham United.

Nevertheless, as the esports industry evolves, common rules across all tournaments would give esports betting operators more security in knowing what is and is not permissible during the life of a sponsorship deal. Without such confidence, multi-year sponsorship deals are much more risky.

For NiP, the deal provides a very desirable extra income stream, and a sponsor motivated to work with the team to increase fan engagement and produce high quality online content.

“We are thrilled with the opportunity to work closely with the leading eSports betting company and are certain the partnership will allow us to continue to grow our legacy to give our millions of fans around the world unforgettable experiences they will remember for a lifetime.” 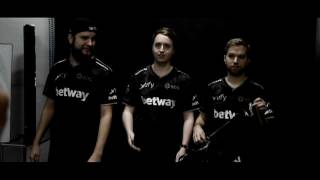