Kevin Durant and Chris Paul are back on the court Wednesday, and two of the NBA’s biggest stars could feast Thanksgiving week. If you don’t want to bet the spread or total, sometimes bettors can find more value, and feel more confident, when picking NBA player props.

A player prop refers to a wager on the performance of a single player, typically to go Over or Under a certain amount of points, rebounds, assists, or some combination of those statistics.

The Suns (-7) are expected to extend their 12-game winning streak in Cleveland tonight, but it might not be easy against a Cavs team that surprisingly ranks ninth in defensive rating on the season. When Phoenix gets into close games that depend on halfcourt scoring, Chris Paul tends to step up, and he’s been producing regardless of game flow with averages of 14.4 PPG and 10.2 APG on 48% FG shooting during the Suns’ win streak.

He produced 39 points and 26 assists over two meetings with Cleveland last season and should be able to top 24.5 points and assists, with a good chance to go over 15.5 points as well. 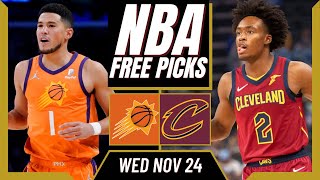 Both the Nets and Celtics are trending upwards on offense, and we expect this game to top the implied total of around 216 points. That means stars like Kevin Durant should be aggressive and playing heavy minutes down the stretch.

KD has 29-plus points in four straight trips to Boston, including 42-point and 39-point games in the playoffs last May. He’s averaging far more PPG (30.8), RPG (8.9), and APG (6.1) on the road this season, where he owns a 33.4% usage rate. Durant has a very good chance to top 32.5 points and assists tonight and there are some intriguing bonuses for him at FanDuel, including +700 odds to score 35 points in a win. 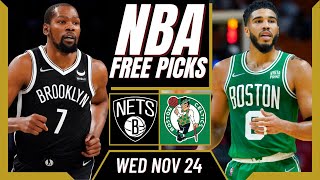 There are also team props that involve the scoring and production from entire teams, and some sportsbooks – with FanDuel Sportsbook leading the charge – offer Player Performance Doubles that incorporate player props into team results.

For example, a common offering would be for DeMar DeRozan to score 25-plus points in a Bulls win at +200 odds. This gives extra juice to a Moneyline that might otherwise offer -105 odds or worse on the Bulls winning without DeRozan hitting his player prop.

In this article, we highlight our best player props for the given NBA slate and link to The Coast to Coast Podcast, featuring Nate Weitzer and Josh Lander, which is brought to you every weekday by TheLines.com and PlayPicks.com.