Nothing about All Square seems good. Nothing. Director. Screenwriter. Cast. Everything about the soon-to-be released movie, like the hundreds of turns in NASCAR, nothing is right.

But I guess everyone involved held a similar mindset as Fox Sports Radio blowhard Clay Travis in everything he does: Let’s throw this garbage out there and see what happens.

One review of All Square calls the flick not “as much a movie about gambling … as it is a character study of the players involved.”

That may be the best compliment the film will receive. “It’s a movie… with… uh… people.”

And in a world where legalized sports betting continues to expand and thrive (and somewhat seriously gets discussed), All Square rolls out the tale of a garbage person (a bookie) taking wagers on youth league baseball games because his business model sucks so hard it’s sponsored by Dyson vacuums.

First, here’s the synopsis of All Square:

“John Zbikowski (Michael Kelly) is a down-on-his-luck, small town bookie having a hard time collecting on outstanding debts. After a one night stand with an ex-girlfriend (Pamela Adlon), John strikes up an unlikely friendship with her 12-year old son, Brian (Jesse Ray Sheps), and develops a plan to recoup the money owed to him by taking bets on Brian’s Youth League Baseball games.”

Yup. “Unlikely friendship” and “taking bets on Brian’s Youth League Baseball games” appears in the same sentence. Phew. Heartwarming. Especially considering Zbikowski himself has no kids yet apparently attends every little league game to gather information about future betting lines. Which of course is not at all strange. 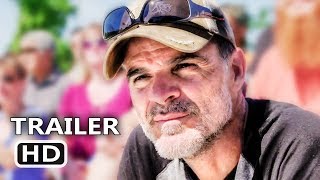 Two minutes is all it lasts. It is a teaser, after all. Still grueling. And still all you need to know to form an informed opinion on the well-thought-out journey of an upstanding citizen running a shady and illegal business and who is allowed to watch after a kid whose mom this upstanding citizen drunkenly recorded a one-night stand with.

Open: Doug Stamper from House of Cards at his desk, a bowl of Lucky Charms (eaten with fingers) his fuel for being a role model. He answers the phone, and his voiceover begins:

“I’m a bookie. With me, you bet on credit. Now this business model works…” (no, no it doesn’t; a hungover college freshman who sleeps through Intro to Economics could tell you that) “… assuming you get paid.”

Spoilers: Zbikowski is not good at getting paid. Hence, this waste of film reel.

So Zbikowski gets loaded at the local watering hole (Is he free to babysit later?) and runs into an old girlfriend. They proceed to continue getting trashed (sort of a hat on a hat with this trash person) and go back to her place where adult things transpire.

Next morning, Zbikowski comes downstairs. Hey look, a kid. Let’s bet friends, right? He takes Brian to his little league game. And as if he discovered a way to defeat Darwinism, Zbikowski devises a plan: To make up for lost revenue, take wagers on youth baseball.

“I see it,” he said. “Nobody else did.” Yeah. You’re the only one to see it because you’re an awful human being.

No joke. The garbage man went through the entire little league schedule with this kid, whose intelligence should be questioned considering he continues to pal around with a guy who has clearly made tremendous choices in life.

“I saw an untapped market,” Zbikowski said, as the camera pans over a group of dads whose faces make it seem like the pregame tailgate never occurred like that a-hole Al had promised.

At one point, Zibby decided to put his tanking business aside to give pointers to his young protege. After all, he said with a drag of his cigarette, “I was a pitcher once.” Yeah, and I would have gone pro, too, if my JV coach didn’t have it out for me.

“First batter you face,” this guy tells Brian, “I want you to throw it at him.” Where is this kid’s mom? Or any adult?

Back to the business run so terribly that even Wells Fargo goes, “I’m out.” Naturally, things get “ugly” and “restless” after the popularity of little league betting peaks. (GASP!) Parents and coaches scream at kids: “YOU COST ME 200 BUCKS!”

It took this long (this is the worst town in America) for Josh Lucas to show up as the voice of reason, telling Zbikowski to stop taking bets on the kids’ games. Even Zibby’s buddy, the guy who played a corrupt senator in The Wire, tells him to stop.

Reasons the face for better education: “It’s not my fault people in this town act like savages.”

Fortunately, the trailer ends with Zbikowski getting pummeled by someone higher on the bookie food chain. So at least there’s a happy ending.