It’s the final chance at a major title this year for players on the LPGA Tour, but don’t think that makes the field for this week’s AIG Women’s Open a free-for-all. Regulated US sportsbooks have a clear favorite in the AIG Women’s Open odds.

Few players in the world are on top of their games like Nelly Korda right now. After winning gold in the Tokyo Olympics and the Women’s PGA Championship, a second major title this year would be an incredible next chapter in the story of her 2021. As expected, though, other contenders could play spoiler.

View the complete AIG Women’s Open odds for every golfer at top US sportsbooks like DraftKings Sportsbook, FOX Bet Sportsbook, and SugarHouse Sportsbook.

This event was played later than usual last year due to the COVID-19 pandemic, but it did happen. Sophia Popov finished -7 after four rounds to claim the win. Other past winners expected to take part this week include:

The LPGA added this event in 1994 and gave it major status in 2001. This event hasn’t seen a repeat winner since 2010 and 2011 when Yani Tseng won it in consecutive years. In fact, the highest placement of a defending champion since 2015 was Georgia Hall in 2019, who tied for 35th.

The Rolex Rankings top-10 players in the field besides Korda are:

Course and Tournament Info, How To Watch Women’s Open

Carnoustie has earned the nickname of “Carnasty” due to its famous difficulty. Weather can play an especially crucial role in events at this course, due to few breaks from wind gusts. The biggest traps on the course are famous pot bunkers, as the course features 111 of them.

Players will prioritize their positioning off the tees and missing those bunkers over distance this week. There are also tricky out-of-bounds areas on the last four holes of the front nine that tend to pose challenges to golfers who make their money with their drivers.

As previously mentioned, Korda comes in as the consensus favorite and for reasons she put on display at the Olympics a couple of weeks ago. Korda is tied for the tour lead in eagles with 10 and holds the solo lead in scoring at average at 68.89. She is also fifth in birdies with 214.

Korda more often than not finds her way into the top 10 at the very least, doing so in 54% of the events she’s played so far this year. Seemingly whatever the situation calls for, she finds a way to get it done.

This week, that will call for precision in placement. A few errant shots on a select number of holes can completely nullify an otherwise solid round. Martin might be able to capitalize on her tour-leading 87.3% driving accuracy and 78.1% greens-in-regulation to finish well this week.

If Martin can accentuate those assets, she will join a very small group of repeat winners in the AIG Women’s Open. However, staving off Korda might require Martin to play four of the greatest rounds of her career. Lately, Korda has been unstoppable. 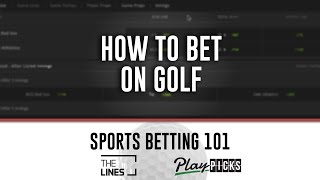